To the casual fan, having the bases loaded my seem like a great position for the batting team to be in, but the situation can also be filled with peril. In this article I look at some of the points to think about when the bases are loaded. If you want to see how well a defence can take down a situation where the bases are loaded, the Joensuu v Sotkamo game on 17th June is a great example. At the end of the 1st period (jakso) JoMa held on to a 1 run lead by producing 2 outs with the bases loaded. By looking out for some of the tactics highlighted in this article, you can see how JoMa out played and out-strategised Sotkamo.

A situation where the bases are loaded have several key pinch points; the most obvious is the runner on 3rd base – stopping them from reaching home alley will prevent a run, but there may be a better chance of getting an out a 2nd base. Knowing which base runners are fast or slow is crucial to making the right defensive choices, for example if a hard hitter has just reached 1st base and failed to bring home the runner from 3rd base, they become prime target for an out.

Is there a poor hitter at bat?

If the bases are loaded and the next batter at the plate is not a good hitter, the batting team will want to use one of their jokers – if they have used them already in that inning, then the situation becomes highly dangerous for the batting team. By forcing a batting team to use their jokers in other situations and effectively managing their at bats, the fielding team can afford to load the bases if it means that they get a poor hitter at bat… of course, the situation des become high risk, but it becomes high risk for both teams.

If the hitter at the plate is a bad hitter, they may try and relieve the pressure if there is a better hitter due next in the lineup. The easiest way to do this would be to sacrifice their at bat and striking out. Of course this means that the batting team trades off a precious out for the chance to score some runs, but the circumstances may mean that that is the best course of action. Another way of relieving the pressure is much safer, but does end the bases loaded situation completely – by hitting a high ball, being caught and retiring the runners. This second option is much safer but will mean that the offence will have to start from scratch.

The bases loaded situation is one of the hardest to manage, but can create multiple opportunities for outs. The most likely way to score a run from such a situation is to out-play the defence. One option to watch out for, is where the defence is sitting deep (I.e. they are all at or beyond the midfield line) and covering the gaps for a hard hit. In this instance, a traditional hard hitter would benefit from being able to produce a soft hit or bunt to the large gap in the infield. To be successful with this, the batter needs to be aware of how fast the pitcher or other fielders are likely to recover the ball compared to the runner on 3rd base. Another key factor to consider is whether the fielding team will be expecting the soft hit – this is where it helps to use your strikes wisely, as you can use them to try and thrown the fielding team off the scent asa to where you will be looking to place the ball when trying to score. 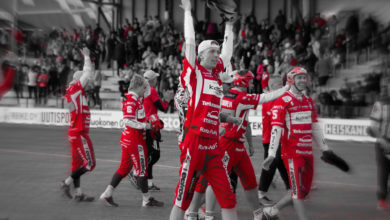 Red is the colour of choice this season 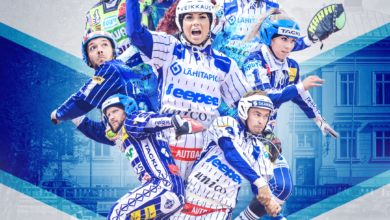 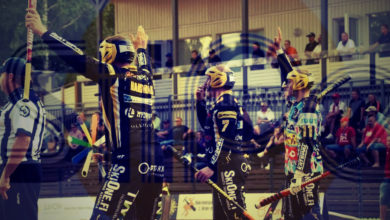